Why Manual QA is Important

Manual testing is good or not? It’s an irrelevant question to ask! After all, manual testing is a crucial part of software quality assurance. How else are you going to verify that the software functions as per desirable standards?

However, before going into the importance of Manual QA, why manual QA is important in software testing and the application of manual testing, let’s understand what SQA (Software Quality Assurance) is.

All You Need to Know about Software Quality Assurance (SQA)

Software Quality Assurance (SQA) incorporates all software development processes, from defining requirements to coding until release. Its prime goal is to ensure quality. SQA is defined as the conformance to explicitly state functional and performance requirements, explicitly documented development standards, and inherent characteristics that are expected of all professionally developed software.

Software quality assurance is a planned and systematic plan of all actions necessary to provide adequate confidence that an item or product conforms to established technical requirements.

Is Software Quality Assurance a bit much?

Let's just say, it is a process that assures that a software product is well maintained and meets the requirements according to the respective clients. In this scenario, the QA people ensure that when a software product (web application or mobile application) goes live, it is bug-free and the end user will have a smooth user experience while they are using that specific software. So, when it reaches the end users, people can take advantage of a smooth-sailing user experience when utilizing that software.

We QA Engineers are thoroughly involved from the beginning of the Software Development Life Cycle. Based on the project requirements we are sometimes divided into two teams: One team handles the Manual part and the other team handles the automation part.

So, based on this, you can gain an idea that there are 2 parts to testing.

While many pit manual testing vs automation testing against each other, both have wide ranging benefits.

What is Manual QA All About?

In software testing, manual testing is the process of manually reviewing and testing a software/application for errors, defects, and vulnerabilities.

This type of testing is performed by software developers and testers, without any automated tools, to identify any defects within the software from the perspective/experience of an end user. There are many reasons why manual testing can never be replaced.

Manual Testing is a type of software testing, which is done by the test engineer to check the functionality of an application based on the customer's requirements. On the other hand, when an application or software is tested with the help of some tools, it is known as Automation Testing.

There are many reasons why manual testing can never be replaced. In Manual Testing, the test engineer tests the application like a user to make it bug-free or stable.

Automation Testing is used to increase the efficiency, effectiveness, and coverage of software testing.

Manual test engineers always search for faults or bugs in the product before the product is released in the market, yet delivered software still has defects.

So now you know why manual QA is important in testing, let’s move to applications of manual testing. Basically, testing is executed for checking the criteria mentioned below specifically in this order:

If you are wondering why manual testing QA important for experienced experts then this is something crucial you need to know -Manual testing is the first phase of this execution process where a tester checks all of the functionalities of an application. In this case, the tester plays the role of the end-user and tests all aspects of an application to ensure the correct behavior of all the functionalities. In this testing procedure, the tester often follows a written test plan that leads him through a set of important test cases.

Here are 10 advantages of manual testing you need to know about.

Manual testing is often referred to as an entryway to software development. This term has been coined because one can gain knowledge as you advance in the industry. Since no access code or knowledge of coding is required, companies often hire manual QA testers instead of manual testers.

Manual testing attempts to use the product in real time, mirroring the specific environment within which the application will be used. As a result, preventative detection of potential bugs or defects can be recognized before the client originates the application.

When it comes to additional device usage, the manual testing process preserves resources. Also, certifications, no prerequisites, or perception applies to the candidate(s) engaged in performing the inspection– In short, anyone can do it. Friends and colleagues, for example, could be assigned to conduct quality checks.

Obviously, an automated system can not contribute criticism concerning the application’s look and feel, unlike a cognitive, real-life view. Honest feedback by the individual about the physical features of the application is usually accurate and insightful.

Including manual testing, there is the flexibility benefit where modifications can be done expeditiously and on the go.

Knowledge of programming language is not required:

Unlike automation testing, we can quickly fix the bugs in the application because instead of changing the entire code, we can fix only the affected part of the code.

It is easily adaptable:

It is well-suited during the times we need to make some unplanned changes to the application owing to the fact that it is adaptable.

Manual testing requires testers to spend additional hours manually checking every feature and function of the application. This takes up more time than running automated tests, which requires only a fraction of that time. Automated tests are also able to run overnight without any supervision.

It is susceptible to human errors:

Manual testing is susceptible to human errors, such as bugs caused by tiredness, lack of focus, and distraction. Such bugs might not be detected if they are overlooked during testing. On the other hand, automated tests are less likely to make mistakes compared with their manual counterparts because testers no longer need to spend time manually checking for errors after each release.

It is time-consuming to maintain test cases:

It takes more time to document all the manual errors found in an application, making it harder to keep track of changes when they are made in the later stages. This can be done effectively by maintaining automated tests instead because they only require updating if new features or functions are added.

Manual testers must have a solid understanding of a product before using it effectively. This helps them discern any errors that automated tests might miss if their knowledge is insufficient. Automated tests do not require testers to be familiar with all their features and functions.

It is costly to maintain a manual tester:

Manual tests require not only time but also money since they need to be conducted by human beings (testers) instead of machines (automation tools). Automated tests are cheaper because the cost of running them does not depend on how many times they run - rather, it depends on how much time is spent coding and maintaining them.

Why Manual Testing when we have Automation:

You may wonder, given the fact that there are advantages and disadvantages of manual testing, that you should go in for automated tests itself. But wait! There’s something you need to know.

While automation testing methods are the reason for the ever-changing software testing industry, manual testing is still important in the world of automation because:

Is Manual Testing Good or Not:

Well, manual testing is considered the preliminary testing phase which generally evaluates the behavior of the app developed, by performing the step-by-step assessment of the requirement specification analysis record. The prime objective of manual testing is to ensure that the app works extraordinarily and fine without any sort of bugs or functional defects and also as per the requirement specification documents.

The future of manual testing tends to move closer and closer to Software Development in functioning and requirements. The modification and operational developments in manual testing prove that it is necessary for manual testers for improving their skills and daily working styles.

Reasons Why Manual Testing Can Never be Replaced:

Manual testing is the heart and soul:

Although Automation testing covers all the aspects of testing, reducing extra efforts and saves time, it cannot completely work in a test environment. Automation test scripts are written by a human and hence it knows only what it is told to check so it does not go beyond a specific boundary.

Bugs are found where you least expect them:

Even when testing for specific use cases, testers can still find bugs that they weren’t necessarily looking for. That’s a big deal. For some projects, the majority of bugs are actually found by testers that were looking for something else entirely. Automated testing can’t notice errors it wasn’t programmed to find.

Automation is too expensive for small projects:

Not only do you have automation software to pay for, but you also have higher associated maintenance and management costs, due to script writing and rewriting, as well as set up and processing time. For long-term projects and big products, the higher costs can be worth it. But for shorter, smaller projects, it’s a monumental waste of both time and money.

When calculating the potential ROI for an automation purchase, you have to factor in added man-hours as well.

The most successful testing has a mix of two factors: repetition and variation. Automated testing is great for the continual checking process, but it’s just not enough. You also want variation, and some wild card use cases. Combined, these two factors give the highest chance of achieving full product coverage.

To conclude or in short, there is no absolute substitute for manual testing. While there are advantages and disadvantages of manual and automation testing, it’s important to weigh all the pros and cons and then make a decision. However, all in all, manual QA is vital! For performing test activities like load testing, regression testing, and performance testing, automation has become essential. Without manual testing, the testing process will not be complete and there is the possibility of functional issues if we aren’t bothered a lot about the manual testing procedure.

Manual testing is much more reliable than test automation. Also, skills such as inference, inductive reasoning, and human intuition are used while the manual testing process is fashioned. Automation can’t completely replace these factors.

If you need any further knowledge about why manual QA is important in software testing, get in touch with our Quality Assurance and UAT experts today! 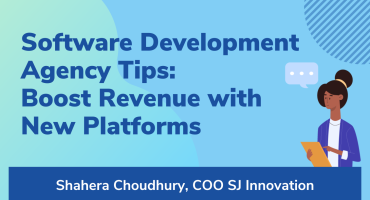 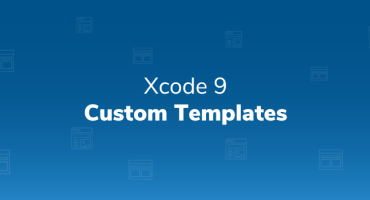 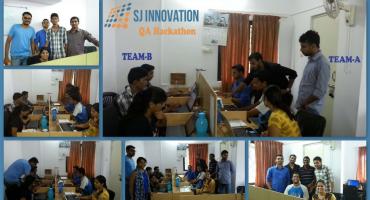